Tormis' Music Performed at "To Freedom" Concert in New York 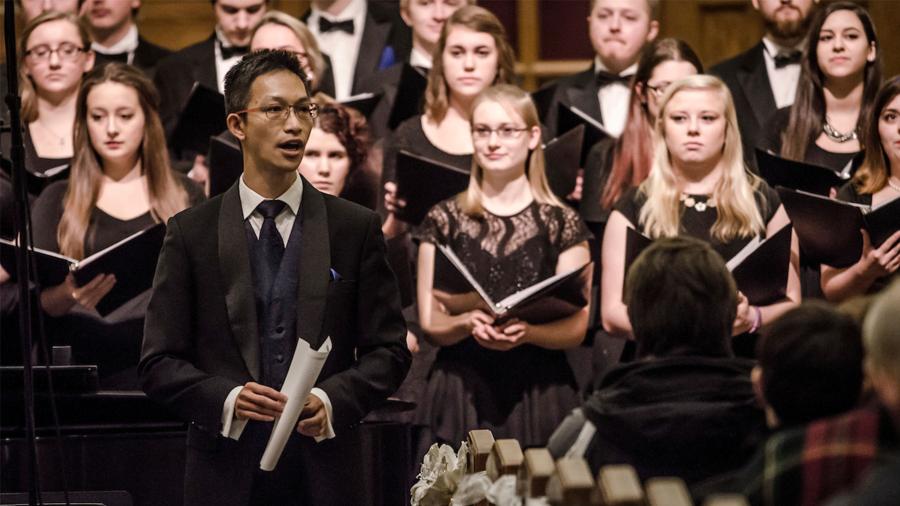 UW-Stout Symphonic Singers and Chamber Choir, conducted by Director of Choral Activities Jerry Hui, will be joined by Schola Cantorum of Eau Claire and select members of the Menomonie Middle School choirs.

The highlights of the concert programme include Estonian, Ukrainian and Polish national folk songs, "Curse Upon Iron", "Carol of the Bells", “Hey Falcon” and “A Voice in Ramah”, and a late composition "For Ukraine" by Estonian composer Erkki Sven Tüür.

Siim Sööt, honorary consul of Estonia, will provide a presentation on Estonian history and culture during the concert. The audience is also invited to an art exhibit “To Freedom” celebrating the heritage of Estonia, Poland and Ukraine. A display case that introduces Ukrainian history, culture and folk art is set up in the Memorial Student Center. The exhibition features Natalia Ripeckyj’s family, a Ukrainian family in Eau Claire, and exchange student Iryna Levada from Zaporizhzhia, Ukraine. The display is on at the UW-Stout’s Furlong Gallery in Micheels Hall until December 20.

The conductor Jerry Hui says: “I hope people who attend the concert or visit the exhibition will gain a new appreciation of the culture and history from Central Europe and may be motivated to seek further understanding in this region that has dominated recent news.”

The School of Art and Design collaborated with many external partners to bring “To Freedom” to life, including the official cultural arms of three countries: the Estonian Consulate General in New York, the Polish Cultural Institute New York and the Ukrainian Institute of America in New York.